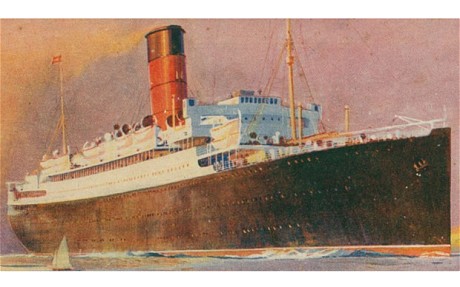 Lancastria plaque to be unveiled

A plaque remembering those who lost their lives on HMT Lancastria will be unveiled at the Pier Head by the Lord Mayor on Friday.

Over 60 years ago local man Jack Stamper was working as an apprentice for one of the ships surviving carpenters, when he was told the tragic story of how it was sunk by enemy fire claiming the lives of at least 6,000 people including women and children who were being evacuated from France.

After hearing this story Jack made it his mission to raise enough funds for a plaque to remember those who lost their lives when the Lancastria was sunk on 17 June 1940.

Lord Mayor of Liverpool, Councillor Gary Millar said: “It is vital that we never forget the hardships and heartaches faced by those during times of conflict.

“Liverpool has long had strong links with the sea and the Lancastria was no exception, sailing regular scheduled routes from Liverpool to New York.

“Thanks to the dedication of Jack and all those who contributed to the fund we can now permanently remember those who lost their lives so tragically in 1940.

“I hope this plaque serves as a reminder to all of the sacrifices that were made for the freedoms we enjoy today.”

Jack said: “I am delighted to finally have a fitting reminder to all those who lost their lives on board the Lancastria.”

The Lancastria sailed from Liverpool on 14 June 1940 and made its way to the French port of St Nazaire to take part in Operation Ariel, the evacuation of British nationals and troops from France, two weeks after the Dunkirk evacuation.

Known as the worst maritime disaster in British History, three direct hits caused the ship to list first to starboard then to port; she rolled over and sank within twenty minutes, claiming more lives than the combined losses of the Titanic and Lusitania. It had the highest death toll for UK forces in a single engagement in the whole of World War II, only 2477 civilians and crew survived.

Owing to the scale of the tragedy, Winston Churchill forbade publication of the news, in the interests of public morale, and hence the story of the Lancastria has never been generally known.