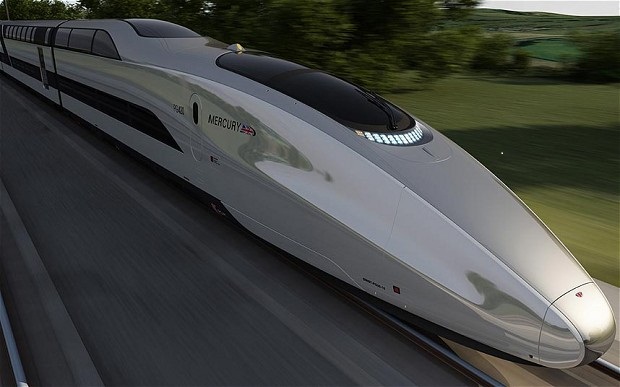 Commission to look at HS2 station for Liverpool

A special commission has been established to deliver a new station in Liverpool city centre, to enable the city region’s connection to HS2 and Northern Powerhouse Rail.

Earlier this year, Transport for the North’s Strategic Transport Plan included plans to ensure that Liverpool City Region will benefit from a full connection to both Northern Powerhouse Rail and HS2.

Transport for the North’s strategic plan also recognises the need for a new station to accommodate these 21st century trains and to link HS2 and Northern Powerhouse Rail in to the city region’s local transport infrastructure.

Speaking about the new Station Commission, Steve Rotheram said: “Connecting the Liverpool City Region to HS2 and Northern Powerhouse Rail will both cut journey times and increase capacity, boosting our economy by £15 billion.

“In order to make that connection happen we will need a new station in Liverpool city centre, capable of accommodating HS2 trains, NPR trains and linking in with our local transport infrastructure. Lime Street will simply not be able to cope.

“Building a new station is a once-in-a-generation opportunity to create a gateway to the Liverpool City Region that is fit for the 21st century.

“What we envisage is more than just a station and a world-class transport hub, it has the potential to be a destination in its own right, architecturally stunning and featuring leisure and recreation facilities, commercial, retail, high-quality office accommodation, residential facilities and much more.”

Professor Denise Barrett-Baxendale, MBE, said: “I am tremendously honoured to have been asked to chair this Commission. I have no doubt that it will be challenging but with that challenge comes a golden opportunity to create a modern transport hub fit for the city region’s future.”

Joe Anderson, Mayor of Liverpool, said: “We know we will need a new station in Liverpool, with all the major new benefits and opportunities that will bring, because Government, and Transport for the North, have accepted the economic case for HS2 and Northern Powerhouse Rail to connect to our city.

“We now need Government to put their money where the mouth is and commit to funding the project, while the Commission takes forward the exciting work of making it happen.”

The Commission will bring together a range of experts from across the worlds of transport, business and the public sector. Its remit will be to take forward all the key considerations in developing the project such as the size, functions, location and orientation of the station, working with partners on all elements leading towards its development.

A full connection to both Northern Powerhouse Rail and HS2 will reduce journey times between Liverpool and Manchester to around 23 minutes,

Liverpool and London to around 89 minutes and will increase both passenger and freight capacity on our rail networks.

This will deliver an economic boost of £15 billion GVA to the Liverpool City Region, with 24,000 new jobs, 11,000 new homes and 3.6 million additional visitors a year.

These figures do not include the direct cost of delivering the scheme and the development, design and construction spend in our city region for the new lines and supporting infrastructure.

That alone is expected to be in the order of a further £6 billion, creating thousands of additional jobs and a massive additional economic benefit to the Liverpool City Region during the construction phase, which will spread over approximately 10 years.