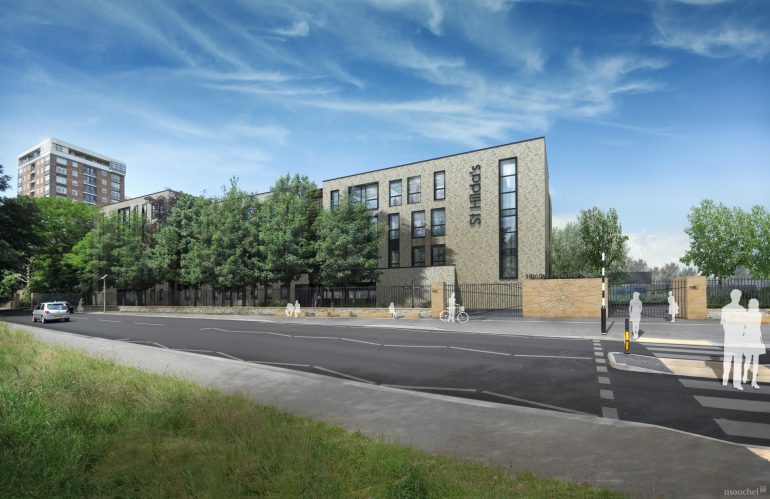 Contract for St Hilda’s school set to be awarded

A £15 million contract for the construction of a new home for St Hilda’s Church of England High School in Sefton Park is set to be awarded by the Mayor’s Cabinet.

Under the proposal, Morgan Sindall will build a new four storey building on land at Sefton Grange on Croxteth Drive, adjacent to the existing site.

The present school building will then be demolished and used for games pitches, a sports hall and a car park.

It will be the sixth scheme to be delivered under the Liverpool Schools Investment Programme, in which Mayor Joe Anderson has pledged to build 12 new schools in a £169 million investment.

Mayor Anderson said: “This is great news for pupils at St Hilda’s and is part of our commitment to making sure our children are taught in fantastic surroundings.

“This proposal will see a much needed new building for current and future pupils and also the development of improved sports facilities.

“Work on the investment programme is moving forward apace and I am pleased that we are delivering on one of my key pledges.”

It is forecast that 85 percent of the sub-contracts will be awarded to firms in the city region – 68 percent in Liverpool – meaning local companies employing local labour and local apprentices will be involved in the construction of the new school.

As part of the scheme, the school will also become co-educational when the new building opens on the site in September 2015. The sports facilities will be completed by February 2016.

Headteacher Eleanor Benson said: “St Hilda’s is looking forward to this once in a generation opportunity for a completely new school.

“Staff and students have achieved magnificent results, but our premises are outdated.

“We are all closely involved in the design of all aspects of the school and excited about getting facilities tailor-made for St. Hilda’s.”

Subject to planning consent, construction work is expected to start in April 2014.