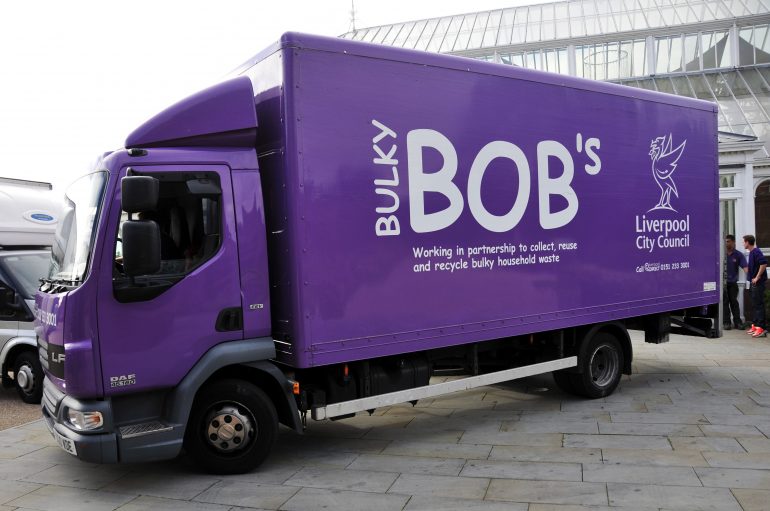 A ground-breaking partnership to help Liverpool families in need has been recognised with a prestigious environmental award in the city.

The partnership between Bulky Bob’s, Liverpool City Council and Merseyside Recycling and Waste Authority won Best Corporate Responsibility Award at the Echo Environment Awards ceremony in the Isla Gladstone in Stanley Park, and Bulky Bob’s also narrowly missed out on Environmental Business of the Year, one of three nominees in that category.

Bulky Bob’s Crisis Furniture Scheme gave 851  families crisis furniture last year, and since the start of 2014 they have given away over 740 items of furniture, supported by Merseyside Recycling and Waste Authority and Veolia Environmental Services’ Community Fund.

The Community Fund aims to make real difference to levels of waste produced in communities around Merseyside by engaging residents, promoting economic growth and permanently changing consumer waste habits. It has been established to reduce household waste, benefit local communities and ensure value for money for council tax payers.

Shaun Doran, Chief Executive of Bulky Bob’s parent company, FRC Group, said: “We are delighted to win this award from the Liverpool Echo as being recognised locally is always important to us. We are also very grateful to our partners, Merseyside Recycling and Waste Authority, Veolia Environmental Services and Liverpool City Council, for their support in delivering this vital scheme.”

Social responsibility is at the heart of everything Bulky Bob’s delivers, and as a social business, founded over 25 years ago, they are always looking for new ways to help local families. Bulky Bob’s also offers award-winning training and volunteer schemes to help long-term unemployed and those living in poverty.

Shaun explained: “We have always worked hard with a range of partners, including local referral agencies to help people in need and we developed this 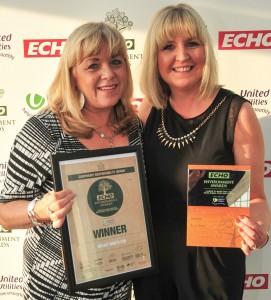 “Agencies like the Citizen’s Advice Bureau, the Salvation Army, domestic violence charities, housing associations and council departments, among others, will refer people us who desperately need furniture for a variety of reasons.”

The scheme works by giving people vouchers to spend in Bulky Bob’s Furniture World, their shop on London Road. The shop is filled with items Bulky Bob’s collect as part of their key partnership with Liverpool City Council, collecting bulky household waste for free from homes across the city. All items suitable for reuse go to the shop and giving people vouchers means they can choose what they need, and then it is delivered for free by the Bulky Bob’s team.

Shaun said: “We find people prefer to be offered a voucher so they can chose what they like rather than just being handed an item. These are often very vulnerable people so we work hard to make it more like a shopping experience and we also deliver the items for free within 24 to 48 hours.”

Carl Beer, Chief Executive, Merseyside Recycling and Waste Authority, said: “The Community Fund is delighted to support schemes like this one. Bulky Bob’s is helping to reduce household waste and using it to really benefit local communities which is making a real difference to the amounts of waste being produced around Merseyside and using it to create valuable social good.”

This is the second award for this scheme in two weeks as it also won the Best Community Recycling Initiative at last week’s annual Awards for Excellence in Recycling and Waste Management, organised by Let’s Recycle magazine.

Councillor Steve Munby, Liverpool City Council’s Cabinet Member for Regeneration, said: “I am very pleased that this partnership has won another award for a scheme which makes such an important different to people’s lives.”