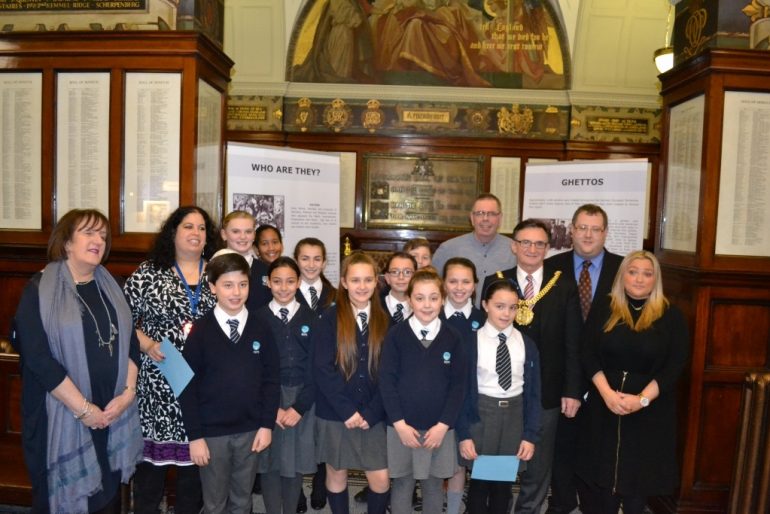 At the exhibition’s opening ceremony he said. “Holocaust involved religious and political leaders working in unison by using words of hatred to gain the full support and participation of ordinary men and women to murder on mass their neighbours. ”

The Lord Mayor ,Councillor Tony Concepcion, who opened the exhibition, said: “We must do all we can to fight the ignorance that breeds prejudice, intolerance and hatred which can lead to acts of brutality and evil. It is therefore important we must never forget the past and The ‘Father’s House’ Holocaust Exhibition will play an important part in raising awareness.”

The team from Fathers House have been working alongside Councillor Jeremy Wolfson in organising the Liverpool event.

Councillor Wolfson said Liverpool had always been a city of sanctuary during global conflict but unfortunately in the country today racial and anti-semitic attacks were still prevalent: “This exhibition gives an opportunity for us to reflect on the Holocaust and raise awareness not only of what happened but to try and ensure that the attitudes which led to it are not repeated.”

The exhibition is being staged at Liverpool Town Hall (based in the Hall of Remembrance) between Tuesday 26 and Thursday 28 January 2016 (from 10am to 4.00pm).

The Lord Mayor opens the exhibition