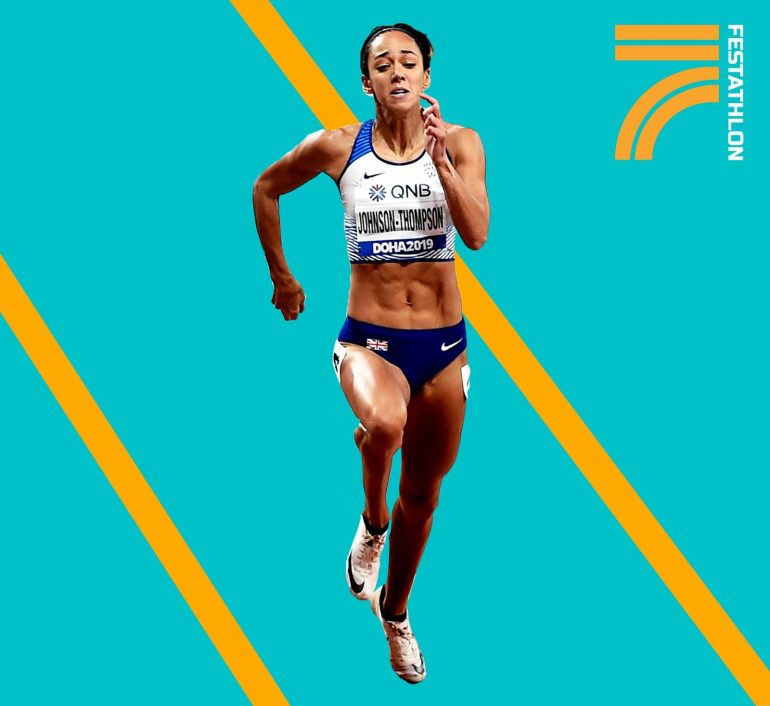 Today Katarina Johnson-Thompson, or KJT as she is more fondly known, in partnership with Summus Sports Group and Project 30, launched Festathlon, a new, innovative and all female athletics festival taking place at her home track in Liverpool on Saturday September 11th, 2021.

As well as bringing KJT back to Liverpool to compete for the first time since 2014, the event aims to help reignite athletics and inspire the next generation of female athletes.

The festival will be a combination of KJT’s favourite things; athletics, music, and the City of Liverpool. Athletics will be brought to life in a new way through an innovative heptathlon team format that will celebrate the traditions of the sport whilst offering up something new for lifelong fans and first-time watchers alike.

Spectators will also be entertained by a mixture of DJs and live music act that are being provided throughout the day by the Liverpool International Music Festival (LIMF) Academy. The LIMF Academy supports artists and bands between the ages of 16-25 from across Merseyside and will bring the best that the city has to offer on stage before, during and after the athletics.

On launching and hosting Festathlon KJT said “It’s amazing to be bringing elite athletics back to the City of Liverpool. It has been so long since I competed in Wavertree and it will mean so much to me to compete in front of those fans that have shown me so much support through the years. The people of the North-West really know how to create an atmosphere.

On what she is most looking forward to at Festathlon, KJT added “I’m looking forward to bringing the heptathlon to life in a fun and exciting way. I love the traditional two-day event, but I’m pleased to be sharing the load with my teammates this time and I’m so proud that Festathlon will celebrate female talent, both on the athletics track and on the music stage. It’s going to be a great day that I’m sure everyone who comes will love.”

The sporting element of the day will be based on the heptathlon but rather than pitting athletes against each other over a two-day event it will see teams of 6 go head-to-head across the 7 disciplines of the heptathlon. The event will comprise of 4 elite teams in one competition, and 4 university teams, in a separate university competition. The elite teams will be captained by 4 leading British athletes with the university competition being battled out between the University of Liverpool, Liverpool John Moores University, University of Birmingham and Cardiff Metropolitan University. Each team will put one athlete forward to compete in the first 6 events of the heptathlon, with points scored based on position from 1st to 4th. The 800m, the final event of the heptathlon, will be run as a 4x200m team relay, with captains selecting 4 athletes to race for the team.  Teams will start the relay 1m behind the 800m start line for every point they are behind the leading team. The first team to cross the line wins.

More information on the specifics of the rules can be found at https://www.festathlon.com/the-rules.

In addition to the athletics and the music, the festival will offer new experiences for everyone in attendance. With ticketing options including access to the infield hospitality tent, based inside the athletics track next to both the finish line, the High Jump area and the music stage, this first of its kind ticket offers a unique view of the athletics and front row seats to almost all the action. Fans will also be given access to the athletes throughout the day via regular visits to both the Family Zone and a track side athlete signing zone.

Festathlon will take place from 3pm – 10pm on Saturday, September 11th, 2021. Tickets are limited and expected to sell out quickly. More information on the event and how to purchase tickets can be found at www.festathlon.com.