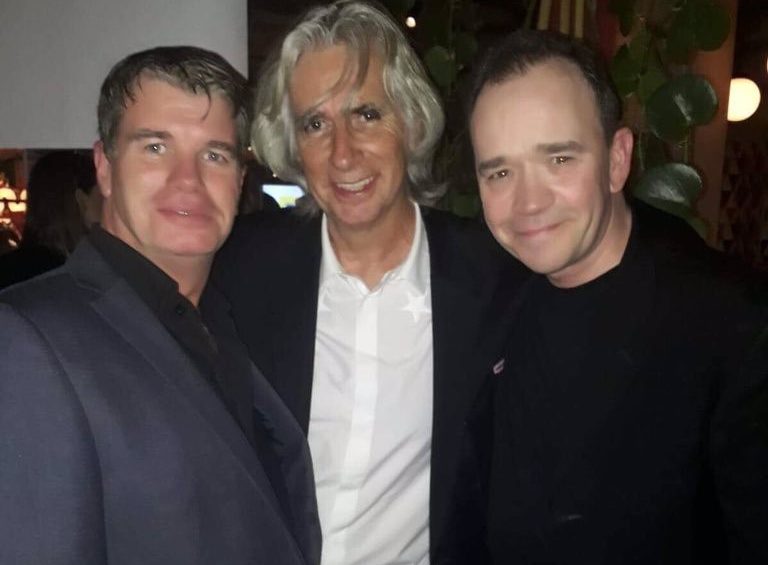 Phil Redmond. For many in this country that name will forever be synonymous with gripping TV drama.

The newly knighted writer and producer etched his name into TV folklore through a string of shows, which for the past four and half decades have consistently put a mirror up to the nation and reflected back all its features, warts and all.

Two of his creations earned him awards and generated headlines galore, which in turn made him a legend within the industry.

The first was Grange Hill, the BBC’s ground-breaking TV school show which first aired in 1978. And the second was the Mersey soap, Brookside, which he launched on the opening night of Channel 4, just four years later.

To the only actor to be cast by Phil in both shows, George Wilson – who played  Ziggy Greaves and little Jimmy Corkhill respectively – the knighthood for the man he fondly calls “The Godfather” is long overdue.

George said: “It’s about time. I would have given him this years ago. The jobs he’s created in the industry and in Liverpool in particular through Mersey TV is just phenomenal.

“When it comes to TV drama he’s untouchable. No one has done as much as him since he first set up Grange Hill. And not just Brookside and Hollyoaks. He single-handedly saved and regenerated Emmerdale.  If I was to equate him to a football manger, he’s Bill Shankly. For me, he is the Godfather.

“It’s not just the shows and the jobs. It’s the friendships he helped create too, so many and he probably doesn’t even realise it. A lot of my best friends are down to Phil and I know many actors would say the same. And even after all these years, whenever I meet him he’s just the same. Funny. A lover of great stories.

“We were together at the 40th anniversary party for Grange Hill and it was fantastic being with him again. I have a pic (above) of myself, Phil and Todd Carty who played Tucker – which Ziggy was the scouse version of – and it’s a very precious picture being the only one ever taken of the three of us together. In a way myself and Todd are similar to Phil. His spiky attitude. I think that’s why he cast me. And I’m so glad he did. He changed my life completely.”

George, who has recently written a book about his career, explains that Sir Phil had a quiet but profound influence on his cast, crew and the viewers.

“Phil was quite secretive. You’d never see him appear on set or see him leave. He’d just be there but he never interfered on set. He made sure he hired the best and he trusted them to do their job. He’d already done the hard work anyway by getting everyone together and making sure the scripts were absolutely spot on.

“When it came to Grange Hill, the reason it was such a success was because the writers, including Phil, were like football scouts. They would go into schools and talk to the kids and get ideas from what was really going on in their lives. All those great hard-hitting storylines – bullying, racism, drug abuse, girl gangs, none of that was made up. You could say they really did their homework. They were very clever. And that’s why it connected with kids all over the country.

“Of course everyone remembers the “Just Say No” story, which ended up going global with the cast recording a hit song and going to The White House to meet Nancy Reagan. But the genius of that was Phil and the decision to pick Zammo, the most popular and likeable kid and turn him into a heroin addict. They could have picked the naughty kid, but the impact just wouldn’t have been the same. That was Phil and his team saying ‘look, if this could kid can go down that route anyone can‘.

“Sorry I should say Sir Phil now. But for me, he’ll always be The Godfather.”