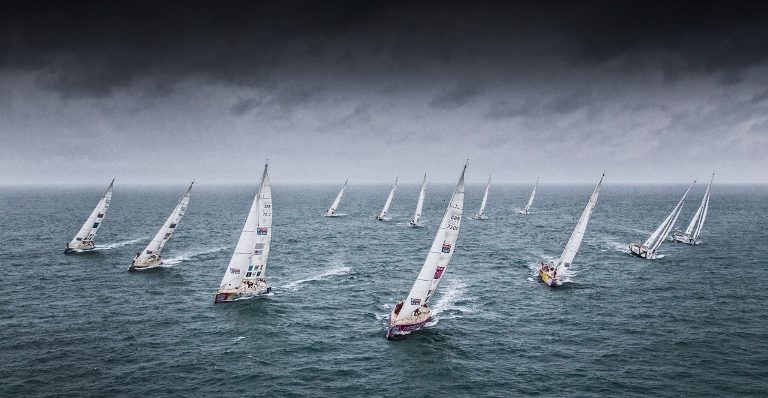 Liverpool 2018 vessel all decked out

Liverpool’s very own Clipper Race yacht will be officially named on Thursday (17 August) in a special ceremony.

The ship which is called Liverpool 2018 is to sail in to the city today (14 August) from 4pm where it will join the other 11 vessels taking part in the Clipper 2017-18 Round the World Yacht Race.

Thanks to the race’s global platform, the Liverpool 2018 team will visit twelve international destinations on six different continents throughout the eleven-month Clipper 2017-18 Race, and will reach many more via the event’s international crew who represent over 40 nationalities, as the city once again promotes itself as one of Europe’s leading visitor destinations.

The yacht has been named Liverpool 2018 as next year marks ten years since the city’s game-changing tenure as European Capital of Culture. The cultural programme for 2018, which is set to be unveiled later this year, will see the city stage unmissable and unforgettable events transcending the worlds of the arts, fashion, business and sport, attracting millions of people to create significant economic impact.

On Thursday, Mayor of Liverpool Joe Anderson will join Clipper Race Founder and Chairman Sir Robin Knox-Johnston, Liverpool 2018 Skipper Lance Shepherd and members of the team’s crew in a short, traditional ceremony which is thought to bring good luck and fair weather on the vessel’s travels – particularly important ahead of the Race Start at 12.30pm on Sunday 20 August.

Mayor Anderson said: “It’s an honour to be part of the ceremony to officially name the Liverpool 2018 vessel. It’s a great tradition and I’m looking forward to meeting Lance and his crew and wishing them luck in person.

“Having the 12 Clipper yachts berthed at the Albert Dock will be a fantastic sight and will generate a real buzz ahead of the race starting on Sunday. Being the Host Port for the start and finish of the race is a huge honour, and we’re expecting large crowds to head to the Albert Dock over the next few days to support the event.

“I’d like to wish all the competitors well and I look forward to following the progress of the race over the next 11 months.”

For the next six days a Race Village will take over Liverpool’s Albert Dock which will include daily street entertainment, free tours of the boats as well as food and drink concessions. There will also be regular talks and Q&A sessions with crew members to find out exactly how the teams have prepared for the race and what life will be like for them in the forthcoming months.

The festivities culminate on Sunday 20 August with a spectacular parade of Sail along the River Mersey which starts at 11am. Then, at 12.30pm, the Clipper 2017-18 Race start pistol will mark the beginning of the race.

This event marks the fourth time the race has started and finished in Liverpool, making it the event’s most frequented Start and Finish destination. The last time the city hosted the event was ten years ago in 2007-08.

After leaving Liverpool, the fleet crew will make their way across the Atlantic Ocean to the first stopover port, Punta del Este, Uruguay. They will then continue on to Cape Town, Fremantle, Sydney, Hobart, the Whitsundays, Sanya and Qingdao in China, Seattle, Panama, New York, and Derry-Londonderry, before completing the circumnavigation in Liverpool on July 28, 2018.

The Clipper Round The World Yacht Race is one of the world’s most challenging endurance events, the 40,000-nautical mile challenge, which is expected to take eleven months to complete, is the only on the planet which trains everyday people to take on one of Mother Nature’s toughest tests. 40% of crew have had no previous sailing experience before signing up.

The event is support by Canal & River Trust and Albert Dock Liverpool.

Andrew Goudie, harbourmaster for Liverpool South Docks, which is looked after by the Canal & River Trust added: “We’re really pleased to be hosting once again the Clipper Round The World Clipper Race Fleet in Albert Dock – what a fantastic event and spectacle for Liverpool and its visitors.  The 12 racing yachts will be berthed in Albert Dock which is owned and managed by our charity, Canal & River Trust.

“We wish all crews involved the very best of luck as they embark on their 40,000 nautical mile round the world voyage and look forward to welcoming them back to Liverpool in 2018.”

Sue Grindrod, chief executive, Albert Dock Liverpool, said: “The Clipper 2017-18 Round the World Yacht Race is yet another spectacular event at Albert Dock this summer for our visitors to enjoy, and I urge as many people as possible to come down to the Dock this week, explore the Race Village, enjoy the free entertainment and even step aboard some of these amazing vessels and hear first-hand from the crews what life is like at sea.

“As one of the world’s most important maritime cities, it is a thrill to welcome back the race to the waterfront for a fourth time, with Liverpool yet again on the world stage, and Albert Dock firmly at the heart of the action. The yachtsmen and women are guaranteed a warm Liverpool welcome before they embark on their intrepid adventure next Sunday. I must also give a special mention to the crew of Liverpool 2018, and wish them the best of luck over the coming 11 months!”