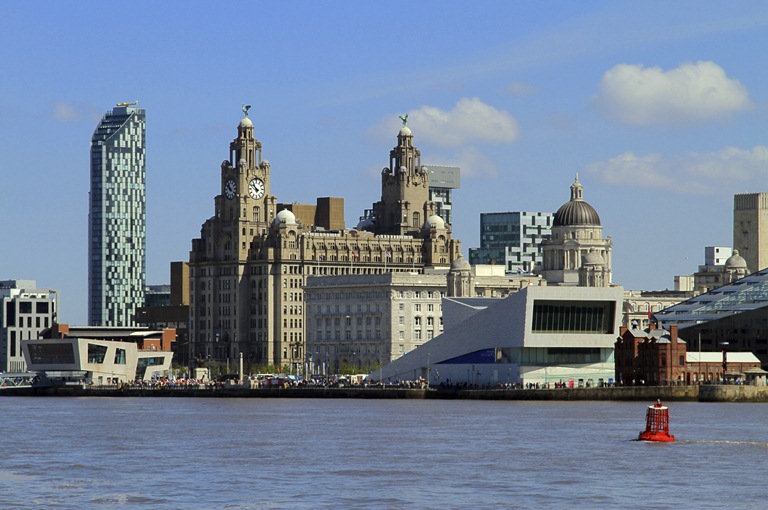 A new ‘Cities for Business’ partnership has been launched, covering the eight largest urban areas in England, including Liverpool.

It has been formed by the Core Cities Cabinet joining with the Chairs of the eight Local Enterprise Partnerships (LEPs) which operate across wider economic areas – city regions – taking in both the Core Cities and many other important towns and cities.

Cities for Business aims to: advise Government on creating growth outside the South East; work together on plans to create more jobs and investment; and come up with new ideas for supporting local businesses.

Mayor of Liverpool Joe Anderson has joined with other city and business leaders to write to the Chancellor, Shadow Chancellor and Chief Secretary to the Treasury in a Joint Statement calling for new powers and freedoms to create jobs, growth and investment across England’s biggest cities.

Mayor Anderson said: “We desperately need greater freedom to control our own destiny. I know my city far better than anyone in Whitehall and if Liverpool was able to retain more of the taxes it raises we could use them to generate the right skills to enable people to get jobs, attract more investment and give more support to business.

“At the moment 95 percent of taxes raised in Liverpool are sent to Government when cities in Germany, Sweden, Canada and the US keep up to 10 times more. We need more decentralisation if we are to compete globally.”

We are writing to you as business and city leaders from the eight largest economic areas in England outside London. The Core Cities have joined with the eight Local Enterprise Partnerships that cover a wider economic geography, including many other important towns and cities that are critical to this debate. We want to make an offer to this and future Governments.

Join with us in a shared vision for a different urban future, one of stronger growth, more jobs, more investment, with England’s cities able to compete on a level playing field abroad.

Work with us to rebalance the national economy through a new relationship based on trust and empowerment, freeing city and business leaders to create the jobs and growth that both our local economies and the country needs.

To achieve this vision we have today launched ‘Cities for Business’, a 16-strong experienced advisory board formed from cities and business leaders, with the three aims of:

• Advising government on policy to rebalance the economy;
• Working in partnership to create jobs, investment and growth; and
• Developing new thinking to benefit business and our local economies.

Our eight urban areas represent 27% of the nation’s economy, are home to 16 million people and a thriving business base. Yet by international standards, they underperform. The reason for this is clear; we lack the freedom and flexibility to act in the interests of local business, to create local growth, local investment and local jobs for the people and businesses we represent.

We all know that London needs to succeed, but we also need to do more unlock the economic potential of other cities. We have all welcomed the City and Growth Deals. We now need to go a lot further. Devolution is happening for Scotland and Wales. It’s time for more devolution directly to cities, economic powerhouses who together deliver far more for our economy.

Local economies matter; through them we can raise our national output. That relies on a fundamental shift away from centralised government. Instead of cities bidding against each other, we must do more to empower democratic and business leaders to work together, to take on the international competition.

The ‘Cities for Business’ partnership have set out the steps to get us there, which we all support:

• Innovation Growth Hubs in each Core City to support local business and strengthen high-growth high-productivity sectors.
• More local control over skills and employment services so they respond to the current and future needs of local labour markets, and people stand more chance of getting the jobs they train for.
• Freeing up how investment is used, to create better transport and broadband links, to connect our cities and deliver the infrastructure that is fundamental to business growth.
• Tailoring national housing policy to local needs, with more control over how existing investment is deployed.
• Access to cheaper, cleaner energy, supporting local businesses and ending fuel poverty, with cities once again creating the utilities of the future.

Underpinning all the above is the need for greater control over funding, so local people and businesses can make the decisions that are right for them and their place. This is not just a simplistic call for more investment, it is a call for flexibility in decision making, to commission locally, to get solutions closer to the problems.
Freed from central control, we could deliver 1.16 million jobs and add £222 billion to the national economy by 2030. That’s like adding the economy of Denmark to the UK. But unlike other countries, our cities only control about 5% of the total tax raised in them. Tax retained at the local or regional level is 10 times that in Canada, 7.5 in the US, 6 in Germany and 5 times that across the OECD on average.

Government has challenged us to create growth. We ask that Government supports us with the right tools to do the job and we will take the responsibility, get on and deliver private sector growth, stronger visitor economies and the key industry jobs to go with them.

We have formed ‘Cities for Business’ to make this a reality. We ask all three parties to include a commitment to this agenda in their Manifestoes, and to meet with us to discuss this shared vision.