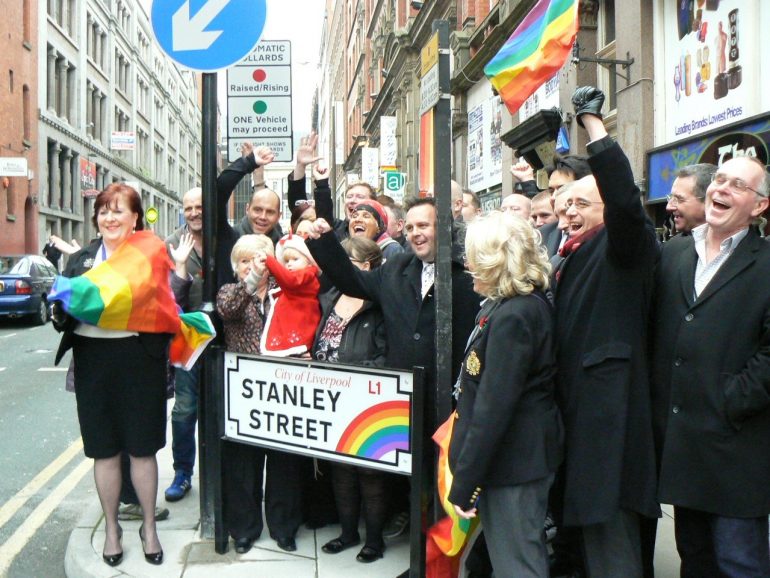 A  company is set to be formed to take forward the development of Liverpool’s Gay Quarter.

The city council’s cabinet is being asked to endorse a proposal that a community interest company be established for the Stanley Street Quarter.

Since 2011 the quarter has been recognised as a distinctive part of the city centre with a considerable economic potential. A steering group, supported by the council, was set up to deliver a programme establishing Stanley Street as the city’s Gay Quarter and a distinctive destination locally, nationally and internationally.

A community interest company will give stakeholders in the area a greater involvement in the quarter’s future direction and enable more opportunities and flexibility to generate income from grant funding and other sources that would not be possible as part of the council.

“The Stanley Street Quarter has been a success story,” said Councillor Nick Small, cabinet member for employment, enterprise and skills. “It is a

vibrant area which not only has a great night time economy but also has a number of highly successful independent traders.

“But the vision for the Quarter needs to be driven forward and it should be the local stakeholders who are directly involved in their area who need to be at the forefront of that vision.

“Community interest companies are operating successfully in other areas such as Ropewalks and the Baltic Triangle and this is the best way forward for Stanley Street.”

The proposal will be considered by the cabinet on 6 December.

If endorsed, it is anticipated that the community interest company will be registered in time for the new year. The council will continue to support the CIC after its founding to help ensure the initiative’s success.

Andi Herring, the Project Officer for the Stanley Street Quarter, said: “Being able to stand on our own two feet as one of the city’s CICs is a natural next step for the area. The support and investment since the original recognition, as well as the huge potential for funding opportunities, means that the Quarter is in an ideal place to be transformed into a destination that the city and the LGBT community deserves.

“The community is certainly behind it and we have made sure that is built into how the CIC will work. Members of the community, local stakeholders and residents all have spaces reserved on the board as well as an open and transparent communications strategy.

“We don’t want to create a space and expect people to come, we want the community to shape the space and make it one that everyone can enjoy.”

The Liverpool City Region is home to over 94,000 LGBT people, the same figure as San Francisco – one of the world’s best known LGBT destinations, in addition to the thousands who travel to the city every day for work or as tourists.

The new CIC intends to launch its website and a huge public consultation for the New Year which will let members of the community shape the area’s direction and get more involved.

Pictured above:  The unveiling of the new signs at Stanley Street.