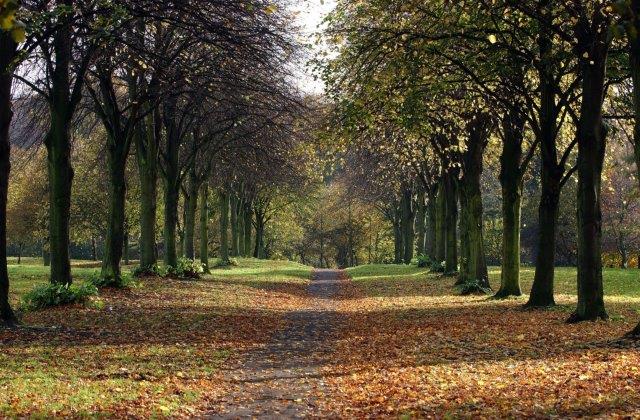 THE flags are flying for Liverpool’s parks because two of them have been hailed as being amongst the best green spaces in the country.

Sefton Park and Stanley Park have been awarded the coveted Green Flag status and Green Heritage status. The government-backed accolades are internationally recognised and seen as The Oscars of the park world.

The Green Flag honours only those parks and green spaces that are beautifully maintained and have top-notch facilities.

Alan Smith from Liverpool City Council’s parks team explains: “The Green Flag is awarded annually and both these parks have successfully achieved the award for a number of years now. It really does show the amount of effort the grounds teams from Glendale-Liverpool, Friends Group and various stakeholders put in to make sure our parks look their best every day.”

Following the inspection both parks were also presented with Green Heritage status. This award is judged on how the historic features in each park are treated and on the general standard of conservation. Both parks are already listed with English Heritage, Sefton Park being Grade 1 and Stanley Grade 2.

Sefton Park is widely regarded as one of the country’s most outstanding public parks with a distinctive landscape of watercourses and water bodies. It is home to the beautiful and iconic Palm House. Numerous features and facilities which have been introduced over 140 years as the park has become established as Liverpool’s premier heritage landscape.

Stanley Park, which sits between Liverpool and Everton football grounds, was designed by leading Victorian landscape architect Edward Kemp. It opened in 1870 and stretches over 110 acres. It is well known for its distinctive design and architecture, which includes a formal terrace with lawns and bedding displays enhanced by five sturdy gothic style shelters in red sandstone. The park also features the refurbished Victorian Isla Gladstone Conservatory. Originally conceived as a People’s Park, Stanley Park maintains its attractive, historic landscape.

As well as been easy on the eye and a great place for a picnic, Liverpool’s parks are also a cornerstone of the city’s cultural programme. Each year the city’s parks play hosts to thousands of visitors through events such as the Liverpool International Music Festival (which takes place each this weekend), The Walton Festival, Africa Oye and The Arabic Arts Festival.  This year Croxteth Park is also hosting the exciting three-day CBBC Summer Social festival between Friday 3 August and Sunday 5 August.

Liverpool City Council’s Cabinet Member with responsibility for parks, Cllr James Noakes, said: “It’s another fantastic year for Liverpool’s parks and we are delighted that Sefton and Stanley have once again been recognised through these prestigious awards.”

“We are proud of all our parks and keeping them at the top takes a real team effort. We are fortunate enough to have an extremely dedicated parks team and the supported of community volunteers who feel passionately about their local green spaces. We are also grateful to the many people who visit our parks each year to appreciate their beauty.”

Deputy Mayor and Cabinet Member for Culture, Cllr Wendy Simon, added: “In Liverpool we believe in the saying: parks and playgrounds are the soul of a city, which is why we continue to combine culture with nature to bring as many people as possible to these green jewels each year.”

”We are especially proud of the fact that we manage to fill our parks with all manner of music, performances and family festival and still maintain the exceptionally high standards required for the Green Flag awards.”