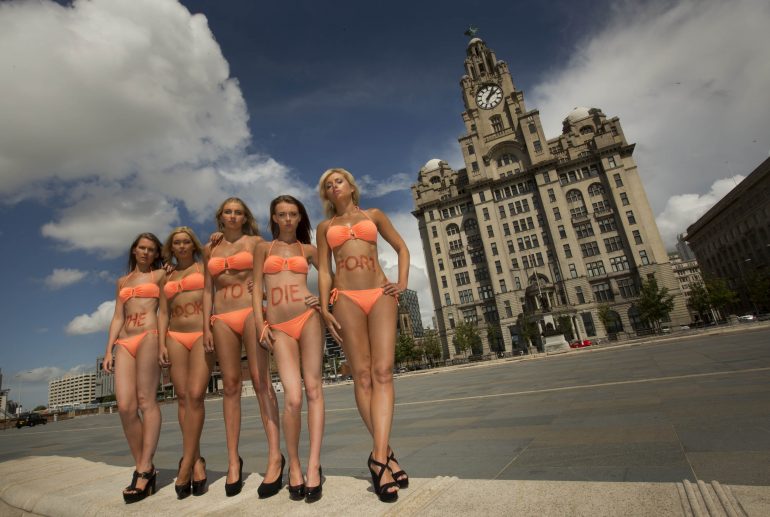 Liverpool City Council is leading the way by calling on the Government to give every local authority in England the power to license and regulate sunbed businesses, to help halt the worrying rise of skin cancer, the fastest growing cancer among 18 – 35 year olds in the UK.

Launched today, ‘The Look To Die For?‘ campaign is proposing all premises offering the use of sunbeds will have to provide clear and correct information about the serious health dangers associated with their use, by law.

The campaign is being supported by Cancer Research UK and Liverpool Clinical Commissioning Group (CCG). Licensing would ensure that a number of minimum health, safety and good practice guidelines are met in all facilities offering the use of sunbeds.

England currently trails local authorities in Scotland, Northern Ireland and Wales, who already have the power to ensure that businesses educate users about the risks of sunbed use. In England, only Nottinghamshire and London are able to license sunbed businesses to ensure that they take steps to protect the health of their customers, but cities like Liverpool are unable to do this.

Liverpool City Council has a long history of working together with the local NHS and charitable organisations to lead the way nationally on key public health issues. Most notably, in 2004 when Liverpool became the first city in the UK to introduce a private bill into Parliament seeking the power to enable it to introduce a public smoking ban. Smokefree Liverpool, a partnership between the City Council, the local NHS and charitable organisations, played a pivotal role in influencing the Parliamentary vote in favour of comprehensive smoke-free legislation in February 2006.

“Liverpool has a significant problem with sunbed use compared to many other parts of the country. With ‘The Look To Die For?’ we are putting forward a strong case to the Secretary of State to grant local authorities the powers they need to protect their constituents.

“The link to skin cancer from sunbeds is well documented and we just want to ensure that everyone in England, no matter where you live, has the right to know the risks of using sunbeds so that they can make an informed choice about using them. To support our lobbying campaign, sign our petition at www.thelooktodiefor.co.uk/petition.”

Liverpool City Council wants to ensure that every sunbed business:

“Research clearly shows that using sunbeds before the age of 35 increases the risk of malignant melanoma, the most serious form of skin cancer, by almost 60 per cent. Adults need to know about these risks before they decide to use sunbeds. That’s why the Government must ensure that all sunbed businesses provide clear and accurate health information to the public and require all local authorities to properly license their activities.”

‘The Look To Die For?’ campaign is also aiming to reduce the number of teenage girls in Liverpool using sunbeds.

Findings from a Cancer Research UK study in 2009, have shown that half of girls aged 15 – 17 years old in Liverpool had used a sunbed, far above the national average of 11%.

Despite the fact that using a sunbed just once a month can increase the risk of melanoma skin cancer (the most serious form of skin cancer) by 50%- – two in five (40%) sunbed users aged 11 – 17 in the city, said they are using them at least once a week.

The local campaign is being supported by the fake tan brand St. Moriz. The campaign focuses on educating young Liverpool-based girls of the risk of using sunbeds whilst also improving confidence and skills in using fake tan to achieve the look that they aspire to, without the health risk.

Local research undertaken in 2012 found that some sunbed outlets in the city aren’t complying with the legislation that was introduced in 2010 that restricts the use of sunbeds to over 18s.

A series of events are taking place in Liverpool City Centre in August and September to educate young Liverpudlian girls about the dangers of sunbed use. Featuring fake tan demonstrations and one-to-one consultations with tanning experts, the events will aim to get teenage girls to ‘Bin the Beds’ and start using fake tan to get their desired look without the health risks.

Dr Paula Grey, Director of Public Health at Liverpool City Council commented:
“Getting too much exposure to UV light, whether from the sun or sunbeds, is the main cause of skin cancers. The local campaign acknowledges that teenage girls in the city like to look tanned and focuses on educating them about the risk of using sunbeds, whilst also improving their confidence and skills in using fake tan. The campaign is being supported by fake tan brand St. Moriz who are sharing their expertise to show girls in the city how they can get the ‘look’ without the health risk.”

For more information on ‘The Look To Die For?’ and to sign the petition visit www.thelooktodiefor.co.uk/petition.