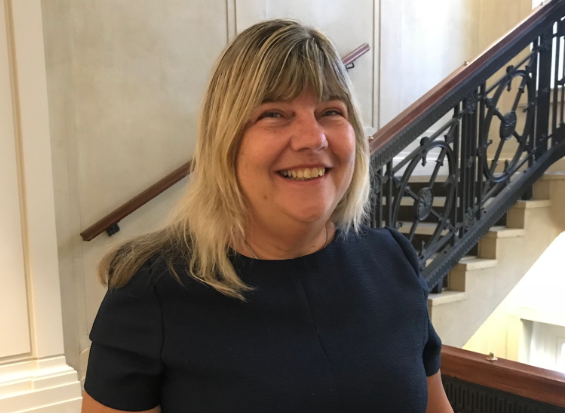 It’s good to (push to) talk

Ann Williams is a commissioning and contracts manager with Liverpool City Council’s Adult Services and Health team. She leads on the Innovation Network project which is all about using new technology to make new connections and help people to be happier and healthier.

Covid-19 has brought with it many difficulties — and for many — loneliness has been a key factor. Social isolation and loneliness are incredibly bad for you. Public Health officials recently noted that in the worst cases, they can have the same negative impact on mortality as smoking 15 cigarettes a day. Here, at the Liverpool 5G consortium we have been exploring for some time how technology can be used to help our communities.

Back in 2016, Liverpool City Council started working with DefProc Engineering a Liverpool-based company to develop Push to Talk.

The Push to Talk device allows users to press a button, indicating that they want a chat, they are then connected via the device to another user who has also pushed the button.

We identified unpaid family carers as a group that was particularly socially isolated. A report by Carers UK found: “More than eight in 10 surveyed unpaid carers described themselves as ‘lonely or socially isolated’ due to their caring responsibilities, with those affected facing a potentially damaging impact on their mental and physical wellbeing.”

Working with Local Solutions’ Carers Centre we introduced Push to Talk to 41 family carers who lived in the Kensington area of north Liverpool that is covered by the 5G mesh network. Using 5G meant the low-powered Push to Talk device didn’t require the user to have WiFi or broadband internet connection in their home.

The success of the trial coupled with the pandemic has also led to DefProc developing an app so that people outside of Kensington can also now use Push to Talk via a smartphone. DefProc is hoping that the technology will soon be rolled out nationally.

The carers have told us that they have found the device really easy to use. Mary Brandt, from Kensington, says it’s brought her great comfort: “When Chris from Local Solutions came with the Push to Talk box my family said, ‘what do you need that for?’. I told them it was for carers in the same situation as me, people caring and living on their own who don’t always have somebody to talk to.

“I love using it. I contact other carers and we talk and have a laugh, it does everybody good. We don’t always talk to each other about our problems, we just chat.”

She added: “My son who I cared for for many years doesn’t live with me anymore, although I see a lot of him. When I cared for him I hid it from people at work as I knew their thoughts about people with mental illnesses and didn’t want my son talked about that way. It made me feel quite lonely. When I met with people from Local Solutions who introduced me to Push to Talk I felt like they were giving a voice to the carers.”

Not only are people feeling more connected it’s already starting to have a positive impact on people’s health and wellbeing. During the trial and test bed we demonstrated there was a reduction of over 30 per cent in the number of people who visited their GP (or who were visited by their GP). The average number of GP visits for all users also dropped by 16 per cent.

Carers can access Push to Talk via a referral from the Liverpool Carers Centre. To arrange a carers assessment please visit www.liverpool.gov.uk/carersassessment